If you missed our terrific showcase performances on March 25, 2012, at the Arts Club of Washington, you really missed a great show! Congrats to all our performers, and many thanks to friends, family, and guests who came out to support cabaret and the DC Cabaret Network. 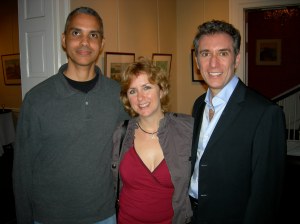 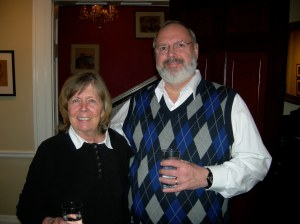 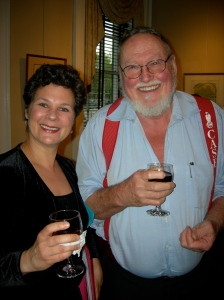 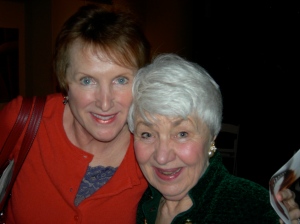 Nuts and Bolts: “Preparing Music for Your Music Director/Pianist” 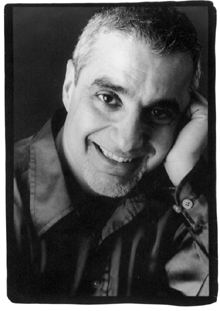 Many people ask “How should they prepare music for the music director/pianist? ” Here are some simple but important “nuts and bolts” answers:

1. Make copies and give those rather than having to fight with a large book that won’t stay open.

2. Make sure the copies are complete with nothing cut off from top or bottom. Using a zoom percentage of 92% or 93% works perfectly.
3. Loose copies are oh-so-much better than ones that are stapled.

4. If you want to connect the copies, put them in a 3-ring binder — no need to back-to-back them for now. Or tape them all together in one long, continuous chain. Personally, I like the binder way better.

5. DON’T PUT THE COPIES IN THOSE PLASTIC SHEET PROTECTORS. NOT JUST YET. They’re impossible to mark without a hassle.

6. Once the musical arrangement is set, plastic protectors are fine. But make sure they are the NON-GLARE type. Yes, a little more expensive, but nothing quite so impossible to read as music with a strong glare coming off it. 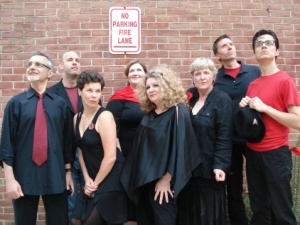 Well, we had our first Psycho Cabaret! performance as part of the Fringe Festival at Chief Ike’s last night.  We all seemed to get our lyrics straight and the audience liked the selections.  It seems as if we have indeed, created, a psycho show!  If I had to be honest, I saw some extraordinary performances tonight.  And George Fulginiti-Shakar, our musical director and on keyboards, really centered us, and kept the show moving forward.

OK. Since this is a blog, I have to be honest, and say that George left his piano stand at home!  Somewhere between the time I pulled up in my car to unload some chairs, and the time I found a parking space and walked back to the club, I saw George walking down the street.  Because I had just gone through the rigor of finding a parking place, I wasn’t surprised at first.  But then suddenly realized he was walking in the wrong direction. And, why was he walking AWAY from the club?

There always has to be some drama, doesn’t there, when a show opens?  (I know I diligently ironed my clothes for the show and then as I was leaving my apartment, of course, they fell off the hangars……and, you can imagine the rest!  A true comedy moment.)

Anyway, Chief Ike’s has a definite personality. (OK, it takes me back many years ago when I sang in a club at Ocean City and there was always noise in the background and people talking at the bar.  And then there was the other club. . . oh forget it, you have to talk to me to get the full story about that!)  Let’s say that there can be a battle between those folks who hang out at the bar, and our sophisticated audiences who come to see a show.

But back to the present.  Psycho Cabaret! Come see us.  Eight singers (including our strong musical director who graces the stage to sing) . . .  Yes, I’m a bit prejudiced – some really interesting material, and an interesting environment.

This year, we’ve changed the concept a bit and the show is called Psycho Cabaret.  The premise:  the world is crazy; people are stressed; up seems like down and down up – everyone is . . . yes, just a bit psycho!

We’ve just started rehearsing.  Everyone’s material is really interesting – a few well-known songs (I don’t want to divulge them just yet!) and songs from Fascinating Aida, a great one by Jason Robert Brown and much more.

This year the Festival is expanded, and will run three weeks – July 10 – 27. That’s good news and bad news – we’ve got six shows to sell out over 3 weeks!

We have another challenge this year, because we are not in our beloved Warehouse venue, but have been moved to Chief Ike’s Mambo Room, 1725 Columbia Road in Adams Morgan.  For those of you who aren’t 20 or trendy and don’t know this venue, it is a cool, hip bar.  But, it is a bit off of the beaten track —  even for Adams Morgan, and parking is extremely limited.  So, we’re going to encourage everyone to support cabaret and bring 20 of your closest friends to the show!  We need to sell seats.

The box office opens officially on July 10 at Fringe Headquarters at the old AV Ristorante at 6th and New York Ave, NW.  But, you can go online NOW at www.capitalfringe.org and buy tickets.  Or call 1-866-811-4111.

Buy tickets; buy them often; encourage your friends to attend our show!